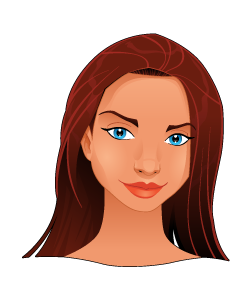 When I was growing up, I was fascinated by televisions. I always wondered how they worked and was amazed that a simple cable could transmit both a picture and sound to our televisions at home. One day, our television broke and my parents replaced it with a new model. My dad took it apart and let me see what was inside of it. I loved looking at the inside of the television and seeing just what made it work. Today, I am still fascinated by televisions and am a dedicated home theater enthusiast. I love hooking up audio visual equipment for myself and my friends and family members. I recently decided to create a blog to share my audio visual equipment tips and tricks on to help anyone who needs the advice!

Should You Put A Projector Or Television In Your Home Theater?
11 February 2021

Have you always wanted to build a home theater and …

If you are an aspiring DJ, you might be hoping to …

According to Forbes magazine, 8 out of 10 new busi …

A borescope is a tool that is used in many differe …

Today's TVs offer such a dizzying array of feature …

Have you always wanted to build a home theater and just getting started with looking into components? If so, you're likely debating if you should be getting a projector or a traditional television. Here are some things to consider when making a decision between screens.

Sometimes the decision comes down to the room that the home theater is being built in. If it is a room that is bright with a lot of windows, you are going to want to go with a television for your home theater. The television is going to be very bright and help you see that image clearly at all times, making it an excellent choice. However, a dark room where you have full control of the light, such as a basement, will be better suited for a projector.

In addition, you need to consider the physical size of the room that you are using. A projector does require the projector itself to be several feet back from the wall and have a large wall for the projector screen. This may not be possible in most rooms where you are competing for space. The main point of a projector is also to give you a much bigger image than you could get with a TV, and you want to take advantage of those capabilities. A TV is going to work well when space is limited or there are other items behind the TV that can't be covered with a large screen.

Another thing to consider is the quality of the picture that you will get with a projector or a television. Projectors can vary in quality, so it really depends on your budget and how much you are going to spend. That same projector used in the conference room at work is going to have low color accuracy compared to the type that you get for your home theater. That's why you need to be prepared to spend top dollar if you want a large projected image that is bright and vivid.

However, a television can get you a very excellent picture for those that are on a budget. LED TVs are capable of producing an image where each individual pixel has its own light source, which gives you an excellent contrast ratio that cannot be beat with a projector. You may be lacking in the screen size department, but this may not matter if you sit close to the TV.

Contact a supplier of home theater systems to learn more.